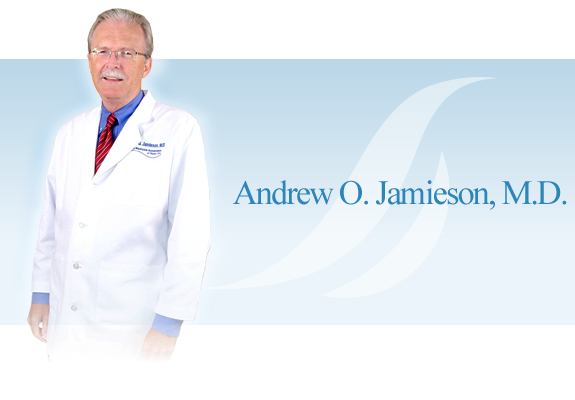 Doctor Jamieson offers years of experience in diagnosing and treating sleep disorders, specializing in snoring and sleep apnea. He is the Chairman of the Board and founding partner of Sleep Medicine Associates of Texas. He earned his M.D. at the University of North Dakota in 1982. He completed his residency in Internal Medicine at Abbott-Northwestern Hospital in Minneapolis in 1985. He completed a fellowship in Sleep Medicine at Stanford Sleep Clinic in 1986.

Since 1988, Dr. Jamieson has been the Clinical Director for Sleep Medicine Associates of Texas and is a Clinical Assistant Professor in the Department of Psychiatry at the University of Texas Southwestern Medical Center at Dallas. He has authored over twenty publications including work on the epidemiology of sleep apnea disorder and the anatomy of the upper airway in sleep disordered breathing. Other areas of special interest are physiologic alterations in sleep apnea and oral appliance therapy CPAP. He has also had a long-standing interest in therapeutics for insomnia.